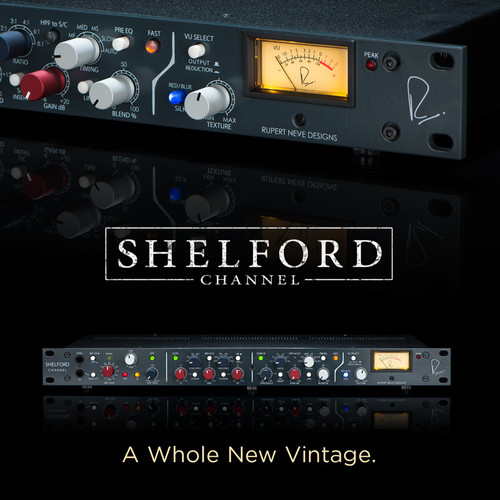 The Shelford Channel is built around Rupert Neve’s first new transformer-gain, class A mic preamp in over 40 years. This new preamp design is complemented by the “best-of-the-classics” 1073- and 1064-inspired inductor EQ section from Rupert Neve Designs’ existing Shelford 5051 and 5052 modules, a bold and powerful new diode bridge compressor inspired by the 2254 with additional functionality, a new dual-tap transformer output with high- and low-headroom outputs, variable Silk/Texture transformer saturation, and twice the operating voltage of Rupert Neve’s vintage modules.

From Rupert Neve Designs: “For decades, Rupert has often been asked to create a new design based around the same mic pre, EQ and compressor technologies that comprised his classic console modules. With the Shelford Channel, he and his team have not only recaptured the magic of those original designs, but have elevated these circuits with new levels of versatility and precision for the modern era. This unit delivers what can only be described as the combined essence of fifty years of Rupert Neve’s designs.”