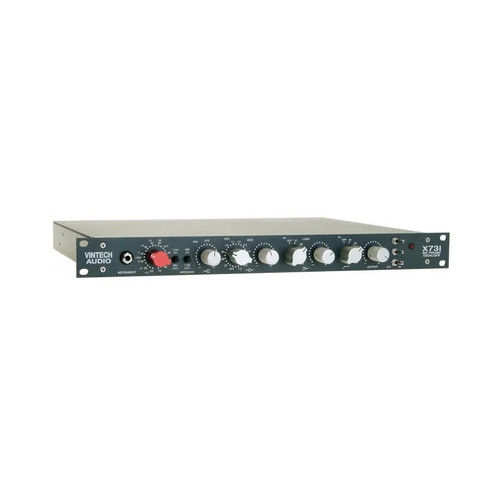 Possibly the best value in the business! The X73i is a class A, all discrete, transformer balanced microphone preamplifier with equalizer both based on the classic Neve 1073 module.

The X73i uses the same design as the more expensive Vintech X73, but with less labor intensive parts. Built in the USA, this is a chance to get a great deal on an all Class A Neve type preamp with EQ. Requires external power supply, which can power up to 4 units (we recommend only two units on the PSU if using them aggressively for headroom purposes, i.e. hard hitting drums).