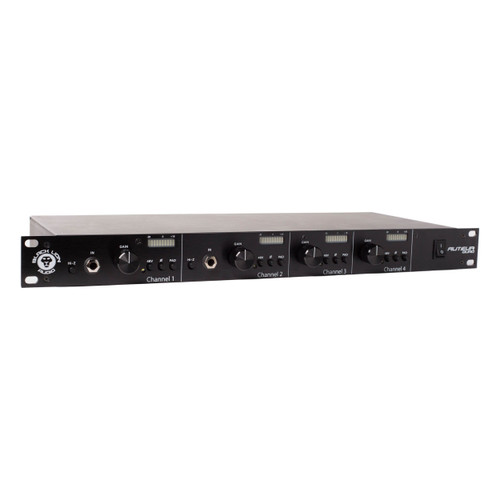 The Auteur Quad is the four channel version rack mount of our ever popular Auteur MK2 preamp. The Auteur preamp has become a studio staple over the last decade and is know for its fast, transparent IC based front end which provides a fattened, colorful back end via edcor transformers. This mixture of vintage and modern design approaches has led the Auteur to be known as as the “Swiss army knife of preamps” that sounds great on just about everything. It especially shines on sources that require detail but also benefit from some thickness such as drums or vocals. Some of the major additions to the Quad over the 2 channel half rack unit would be the all new meters on all four channels as well as borrowing the loved DI circuit from our 500 series Auteur on the first 2 channels. This feature set as well as channel count gives you one of the most affordable preamps in the world at an unbelievable price.