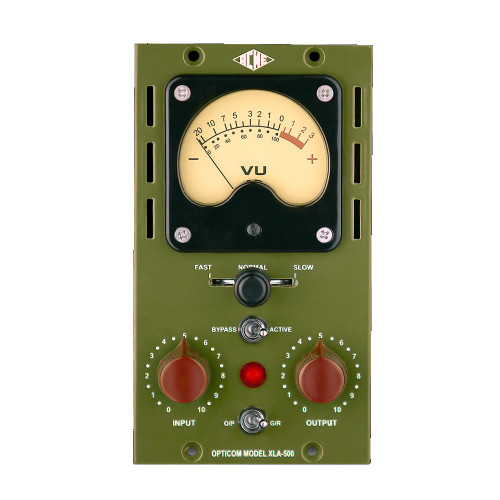 In a new era of condensed circuits and smaller sizes, Acme Audio has taken their Opticom XLA-3 MKII and brought it to the 500 Series platform for the first time ever with the Acme Audio Opticom XLA-500. While the design has been scaled down, the 500 Series module remains a tube compressor with one tube in its makeup. With a transformer in and out, the unit is all cinemag and still features the triple optoelectronic circuit of its predecessor. The unit features the same functionality, but with a more focused sound and some beefy results.

The original design of the LA-2A has tended to vary from unit to unit, providing engineers with different results based on what they own. The Opticom XLA-500 brings three speeds, Slow, Medium and Fast, together into one single module. At its slowest compression speed, the Opticom XLA-500 features slow attack and release times, which closely resemble a broadcast limiter that just holds the mix together. The medium speed is where fans of the LA-2A will find their favorite setting, as this is the option that is closest to the speed of the original Teletronix unit. Set to the Fast option, the unit can be compared to an all-button 1176 and creates some crunchy sounds on bass and drums.